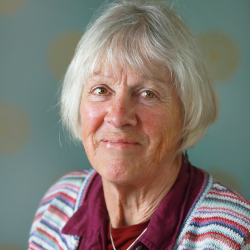 I drive an electric car, but feel unable at present to make longer journeys due to the lack of charging points, I would like to monitor this, and hopefully see an improvement in this infrastructure.

I drive an electric car, but feel unable at present to make longer journeys due to the lack of charging points, I would like to monitor this, and hopefully see an improvement in this infrastructure.

For my Campaign I explored the charging infrastructure for electric vehicles in and around Limerick. My car is second hand with a shorter battery life so ‘range anxiety’ is an issue. As a Low-Carbon Transport champion I monitored the range of my EV more closely and tried out longer journeys and charging points in different areas. I also tried out some carbon tracker apps.

With careful planning I was able to complete a 90km journey with my car, however I noticed that the public charging infrastructure was not always working. Through the Campaign I became even more aware of the significant lack of charging infrastructure around the country right now. This will need to be much improved if more people are to be encouraged to buy and use EVs, in particular more affordable, second hand EVs.

Through the campaign I met a community of e-vehicle owners who are happy with their cars but disgruntled with the charging system.

I checked four carbon footprint calculators : Friends of the Earth, Carbon Footprint, Nature Conservancy and World Wildlife Fund (WWF). I found them all very different, with the last, the WWF one, the easiest and simplest to use. My carbon footprint varied from 17.5 tonnes (Friends of the Earth, whose calculator made no mention of the possibility of an electric car!) to 11.52 tonnes (WWF). The Nature Conservancy one seemed to be exclusive to the USA so I had to use average consumption figures - it gave me 14 tonnes, while the Carbon Footprint one gave me 13.28 tonnes. Needless to mention, all these are over the average for Ireland, and way over the averages for people living in developing countries. It would be great to have a more accurate calculator for Limerick.

While the emphasis on one’s personal carbon footprint is good, it is by no means the whole picture, and systemic change is really what is going to have a greater impact. I think it’s up to the government to bring in and enforce the necessary measures that they keep talking about. I think public transport should be a major priority, rather than continually spending billions on building new roads. And of course, the provision of more charging points, not only in Limerick city, but all around the country has to happen fast.

I plan to keep campaigning for better EV infrastructure as it will form an important part of decarbonisation in Limerick.