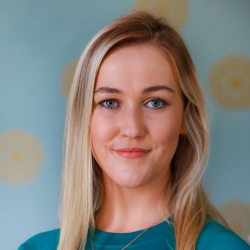 I changed my car, switching from a 1.2lt Petrol to a Electric Vehicle. The process of purchasing the car was very simple, the garage applied for both the SEAI grant and the VRT relief.

I changed my car, switching from a 1.2lt Petrol to a Electric Vehicle. The process of purchasing the car was very simple, the garage applied for both the SEAI grant and the VRT relief. I had the home charger installed before I received the car so never had to worry about where I would charge and because the car has a large enough range (320KM) I only once in the first 4 months of owning the car had to use public chargers.

What I found difficult was the expense, it is rather costly changing to an Electric Vehicle, the car I purchased was €14,000 dearer for the electric version compared to the petrol version. I did get the SEAI grant of €5000 and €2,500 VRT relief so that brought down the extra cost to €6,500. Also there was the expense of installing a home charge which cost €1,300 and the grant for which is only €600. You also have to spend the money before you can claim it back. It took roughly 8 weeks from when I submitted the drawdown request before I received the funds back. Having said all this I have worked it out and with the significantly reduced running cost I should have made back the difference in just over two years, after which I’ll be seeing the savings!

The ZAP-MAP APP which is a map of all the public chargers in the country, is very useful for planning your journey, allowing you to look ahead and see where chargers are on your route and when best to stop.

I learnt a lot about the public charging infrastructure, in my naivety I had taught that all public chargers were rapid chargers. On my first time to use public chargers I found out that the majority of them are actually just normal chargers, like the one that would be connected to your own house and can take up to 5 or 6 hours to charge the car. The rapid chargers are mainly located at petrol stations.

I think the impact I made on my own carbon footprint has been huge! From a society point of view I know I have definitely got a conversation started about switching to electric cars, I have had neighbours, relatives, friends and even strangers on the street stopping me to ask me how I find driving an EV and if I’d recommend it, which of course I would!