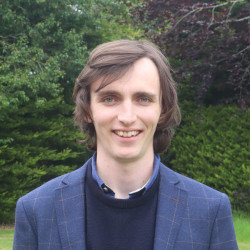 I will be examining the current transport system that exists within Limerick, and trying to reduce the reliance of carbon heavy modes of transport within the city

I will be examining the current transport system that exists within Limerick, and trying to reduce the reliance of carbon heavy modes of transport within the city

For my campaign, I walked around Limerick City taking notice of the current transport system within the city. I noticed and became acutely aware of many things. The amount of on street parking, the transport modes being used, the location of bike racks, and their popularity etc. were all aspects of the city’s transport system that I became familiar with. I also noticed that there were way more Coca Cola bikeshare dock stations than I had realised, and I began to notice Go Cars as well.

I was struck by the volume of vehicles that travel through the city. The quantity of HGVs. I researched the dangers of this which are fairly significant, not only from an air pollution standpoint, but for people too, especially children.

I tried out an e-bike for the first time. My mom bought one under the ‘bike to-work scheme’ and I decided that I would give it a go! I might start using it regularly in the near future, as there have been improvements to cycling infrastructure in my area (the segregated cycle lane on Dooradoyle road).

I downloaded a carbon footprint tracking app called ‘Capture’, the app takes into account aspects of one’s human behaviour - through looking into things like people’s diets, the transport mode/s of the user, electricity usage of the user as well etc. before providing a CO2 footprint score to the user. However, I did not use it as I wanted to focus only on transport.

For a Public Transport System to be successful, it must draw people from all levels of society, and be attractive to use, so it can be distinctive to that area and also good for tourism. For example, Belfast’s new Gliders fit that unique aesthetic importance I alluded to when I mentioned the importance of having an attractive Public Transport System. I think that these Gliders as well as a trackless tram would work well in Limerick.

I made a submission to the Limerick Development Plan (LDP) under the Sustainable Mobility & Transport; Infrastructure; Settlement Strategy; and Environment, Heritage, Landscape; and Green Infrastructure sections. I spent a good few hours working on it as the LDP is so important in planning how the city will change.

Having observed transport in Limerick as a Positive Energy Champion, here’s what I’d like to see happen:

I plan to study to become a town or city planner and I will continue my activism with Extinction Rebellion to achieve climate justice for all.